Our tour guide, Jeff, was AMAZE-BALLS. He knew EVERYTHING about baseball. He had a wealth of knowledge about the league, the team, and the ballpark. The tour cost $22, which seemed a little steep for a stadium tour, but it was worth it. The only unfortunate part about our tour were the people on it with us. These two jack wagons kept trying to challenge our Jeff and we wanted to push them down a flight of stairs. 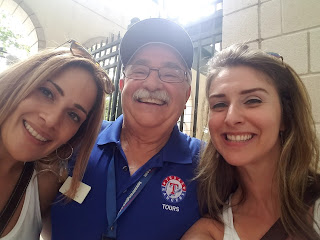 Globe Life was built in 1994 and was designed to look like the old timer stadiums. It was on this tour that we learned that the Rangers would be getting a brand new stadium in 2020. 😐😐😐

Our first stop was the press box. 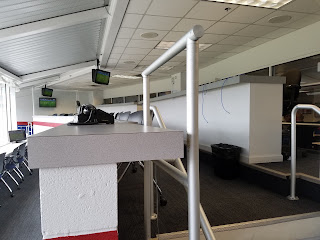 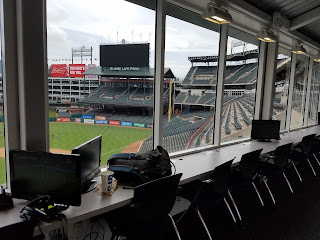 The suites are named after Hall of Fame baseball players. 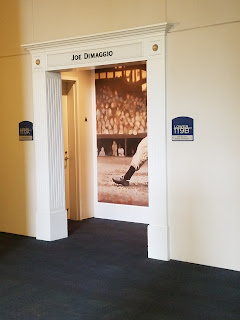 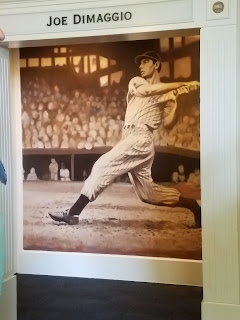 (This is a Joe Dimaggio painting, not photo) 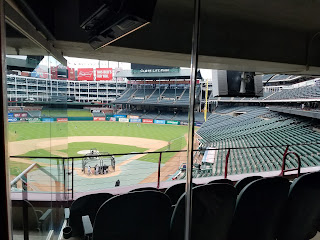 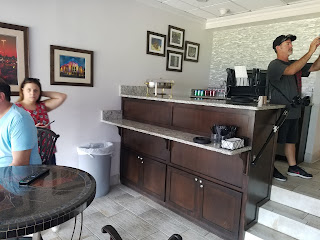 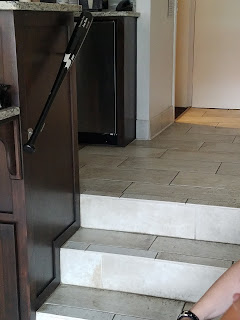 And also George Bush. They love Bush in Texas. 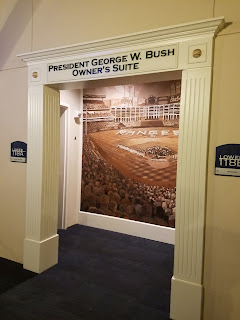 We would've gone into the Rangers' Clubhouse had there been no game, which is more than we can say about the Fenway Park tour. 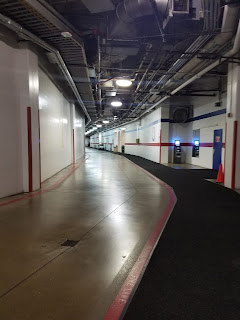 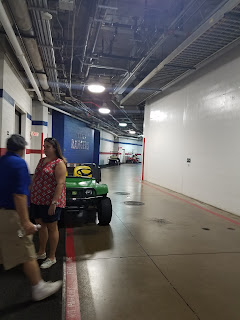 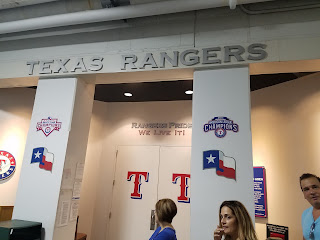 Even though, we didn't get the Clubhouse, we DID get to visit the dugout. We saw Cole Hamels and his minis. 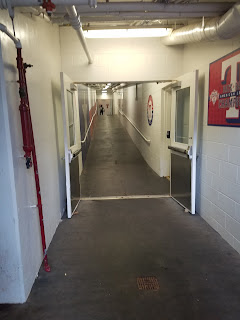 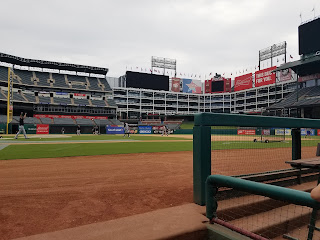 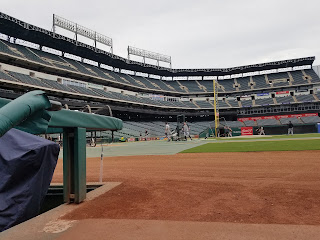 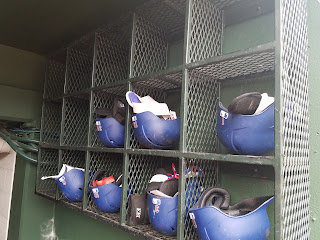 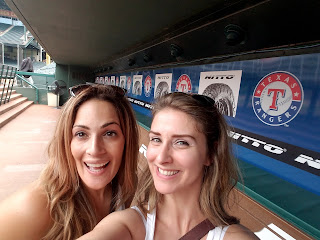 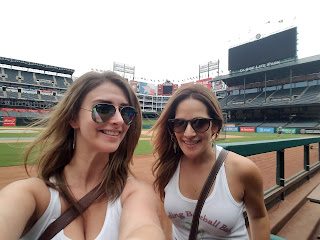 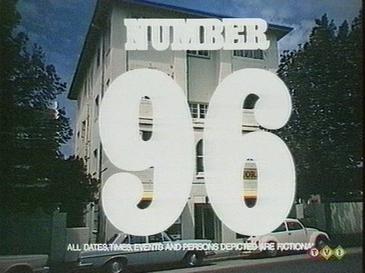